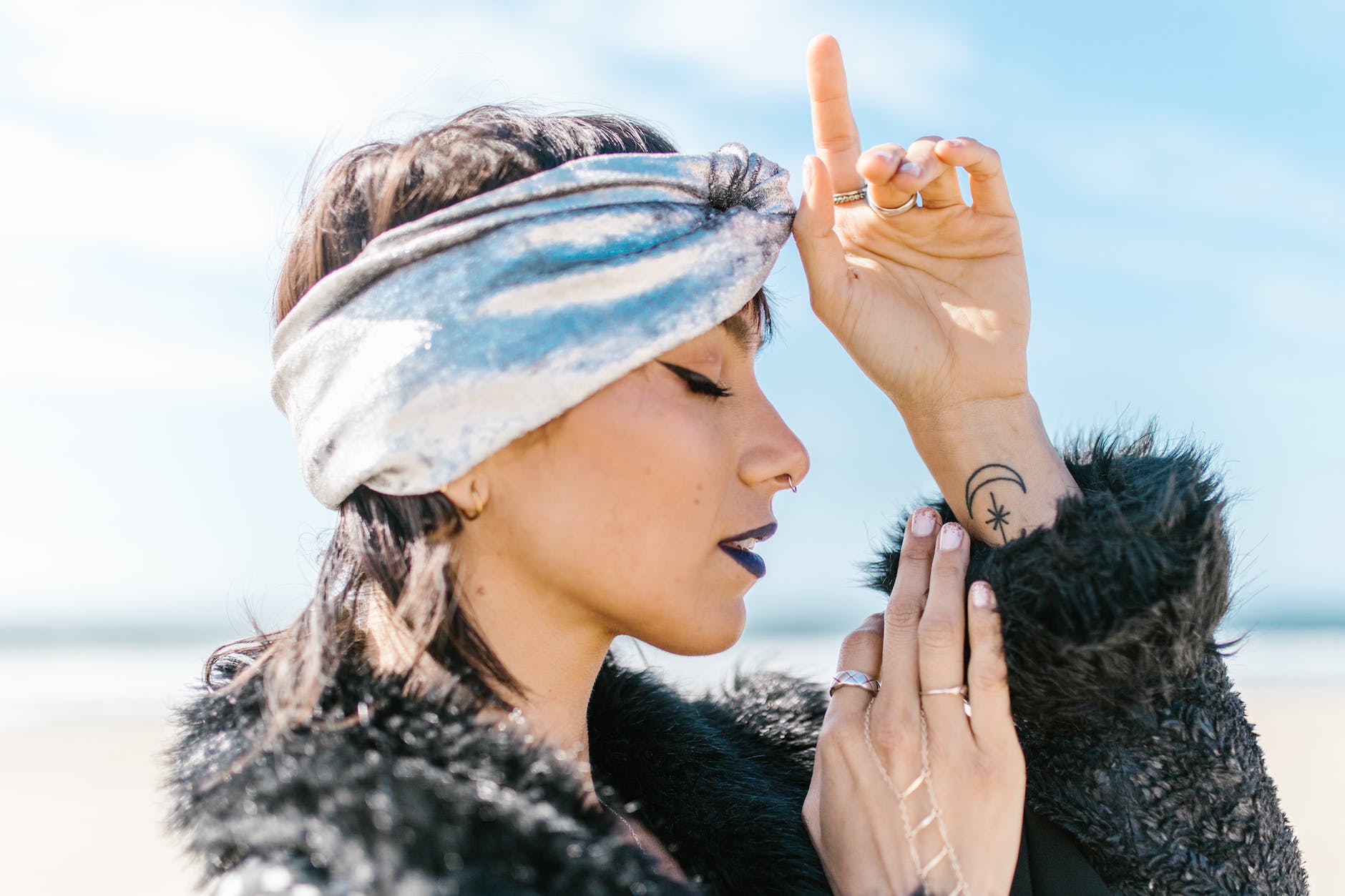 Zodiac signs can often be shrouded in stereotypes, leading to sweeping generalisations and some seriously incorrect myths. https://www.psychicworld.com decided to set the record straight once and for all and debunk some of the most common zodiac misconceptions with the help from psychic expert and astrologer, Inbaal Honigman.

“Each sign in the Zodiac is an entire universe of traits and characteristics. Every sun sign has their likes and dislikes, their gifts and disadvantages, powerful traits and weaker personality spots. Nobody is wholly superior, nobody is inferior, and there is not one sign that’s better or worse than the others. We’re all equal – yet diverse. With astrology being more accessible than ever, now is a good moment to pull back from lazy character assassination, and focus on the positive rather than the negative.” – Inbaal Honigman

As a fire sign, Aries are known for their explosive tempers and highly successful profiles. Yet there are a few common misconceptions about this passionate and excitable sign. Aries are often perceived as being constantly angry – but is there any truth to this? Astrology expert Inbaal thinks:

“Aries are ruled by the red planet Mars, planet of sex and war. Therefore, all Aries emotions are big. Their enthusiasm is bombastic. Their joy is unparalleled. Similarly, their rage can move mountains. Thankfully, Aries can only sustain such grand emotions for a short while. So if an Aries is angry, they won’t stay angry for long. Soon, they simmer down and go back to being their playful selves.”

Truth: An aries is joyous and playful, if they do become angry – it won’t be for too long.

Like all zodiac signs, not every quality associated with Taureans is positive. One of the more common Taurus misconceptions stems from the idea that they are apathetic and lazy. But how true is this?

“Taurus is an Earth sign, which is the most stable element. This is why they don’t run before they can walk, and don’t keep busy for the sake of being in motion. Not fans of taking risks, a Taurus will make sure there’s a new job lined up before they leave an old job. They love to take a rest and replenish their resources, and they’ll get up again if anything is needed. A Taurus will go out of their way for friends and loved ones, and will be the first to volunteer if anything needs doing.”

Truth: Taureans are cautious, and will go out of their way to assist others.

Ah, the age-old trope of the two-faced gemini. Being one of the most misunderstood signs of the Zodiac, expert Inbaal hopes to dispel these harsh stereotypes of Gemini’s:

“Gemini is represented by the symbol of the twins, which illustrates their dual personality. A Gemini can see both sides of the argument, and can be both for and against multiple important issues. When they agree with one side, and then agree with the exact opposite side, it doesn’t look great – but they listen and accept all points of view. Gemini is also the one sign that can be in love with two people at once, have two different friend circles, and more than one favourite colour, favourite dish or favourite season.”

Truth: Gemini’s see both sides of the argument.

Cancers are often regarded as being an overly emotional sign. The strong emotions of Cancers make them tender, sentimental and nostalgic which means that they are often swept away by love – falling hard and fast. So, what does the expert have to say about cancers? Are they truly as emotional as they are made out to be?

“Cancer is a Water sign, and like other Waters, they live and die by their emotions. They feel things deeply, for themselves, but mostly for others. The sign of Cancer is all about the family. They love having everyone in their living room, blood relations, good friends who are ‘like family’ and a few strangers because why not. Cancer will stay on great terms with the ex-mother-in-law because they never divorced her, only her son. Cancerians have a great depth of emotion, both in joy and in sorrow, and can hold the space for you to safely express your own emotions, too.”

Myth: Cancers are too emotional.

Truth: Cancers are great listeners and are not just invested in their own emotions.

As a fire sign symbolised by the lion, Leo’s are known for exuding confidence and having a tendency of being courageous and tough. Since Leo’s love being the centre of attention, this can often be perceived as arrogance, and criticised for being self-centred. Yet, is this stereotype really all that accurate?

“Leo loves success. The sign of Leo is ruled by the sun, and is therefore bright, visible, and larger than life. They try their hand at anything, and truly believe there’s no such thing as impossible, for them but also for you. A little known fact about Leos, is that their love for success extends to everyone else, too. They make great teachers because they want their pupils to succeed. They’re wonderful agents, mentors and advocates, because when they see someone they trained, find the success they deserve, the Leo will feel a sense of satisfaction as if they’ve achieved it themselves.”

Truth: Leo’s have a love for success that also extends to everyone else.

One of Virgo’s most misunderstood traits is their highly critical, ‘perfectionist’ character.. But is paying such close attention to details really such a bad thing? Our expert dispels this common stereotype:

“Virgo likes to think first and act second. Instead of jumping on every opportunity, they’ll take a minute to see if this opportunity truly serves their higher purpose, or if it’s just a distraction. They’ll wash their hands properly before handling food, so that there’s no risk of infection. Their true gift is the thinking, not the washing, and they apply it to anything. A Virgo won’t fuss for the sake of fussing, and they do love to relax as well, but if something needs doing, they’d rather do it now.”

Truth: Virgos are not perfectionists, they are simply methodical in the way they approach things.

Represented by the scales, Libras are associated with balance and are favoured as being excellent conflict resolvers. But it’s not all rosy for Libras; as with all zodiac signs, there are a few unfavourable traits and stereotypes associated with this particular air sign; a libra’s indecisiveness is a trope that they cannot seem to shake.

“Libra, like other dual signs, is happy to listen to both sides of the argument. They pay attention to ‘he said / she said’ situations and they know that every opinion has some value and a grain of truth in it. But they refuse to be the judge. If you make them pick sides, they will push right back, reminding you that tomorrow you’ll kiss and make up, and the Libra still wants to be friends with both parties. Librans understand human nature and how fickle it can be, and they don’t want to commit to one specific line or another, because they believe that people change, and life changes.”

Truth: Libras are not indecisive, instead they understand the duality of life.

Poor Scorpios, they really do get a lot of bad press. As passionate individuals with intense personalities, Scorpios are often misconstrued as being jealous and controlling. So, what does Inbaal have to say about Scorpio’s?

“Scorpio is one of the only signs that have a traditional ruling planet, and a modern ruling planet, which makes them complex. Their traditional ruler is Mars, planet of sex and war, and so Scorpio emotions are broad, fiery and passionate. Scorpio’s modern ruler is Pluto, planet of death and rebirth, which is why they’re capable of personal reinvention. A sign this perplexing will be easily misunderstood, but it’s important to remember that Scorpios don’t have a selfish bone in their bodies, and are actually quite self-sacrificing. Their complexity is harder on them, than it is on those around them.”

As a fire sign, Sagittarians often seek out adventure – but this comes with the negative connotations of being ‘flaky’ or ‘flighty’. So, how unreliable are Sagittarians according to Inbaal?

“Sagittarians love adventure. They love not knowing where their next meal comes from. They love flying by the seat of their pants. A Sagittarius always has a valid passport in their drawer, and a folded up £20 note in a secret pocket, just in case. The dislike that they have for institutions, long meetings and pointless rituals is only natural, considering their fondness for constant stimulation. They like for life to be colourful, noisy and hilarious, and if you can’t match their energy, they won’t force you to.”

Capricorn is an earth sign ruled by Saturn, and is often associated with being hardworking, ambitious and responsible. Whilst these are technically positive traits, a Capricorn’s persistent drive for success can make them appear hard and cold-hearted. So, Are Capricorns truly as work-obsessed and stubborn as they are made out to be? Inbaal says:

“Capricorn is a hardworking sign, and they put 100% effort into anything they do. They focus hard on a job at hand when it’s work. A dedicated, practical sign, a Capricorn puts just as much passion into relaxing, if it’s scheduled in the diary properly. Whether the mission is fun or challenging, the Capricorn will approach it with the same ‘can do’ attitude.”

Truth: Capricorns are hardworking, but put just as much passion into relaxing.

As an air sign, Aquarians are big thinkers and seek out logical solutions to problems. Yet, one of the biggest myths surrounding Aquarians is that they are too antisocial and detached. Yet in reality it is much the opposite, since Inbaal says:

“Aquarius is probably the most idealistic of the Zodiac. Aquarians are humanitarian, committed to justice and social causes, and that can sometimes take over their lives. They can form loving and fulfilling relationships with other people, and can even thrive in groups, but if they see an injustice, they rush to fix it. The truth of the matter is, Aquarians place humanity above anything else.”

Truth: Aquarians place humanity above anything else.

Pisces is often disregarded as a naive and airy sign, they can be criticised as not being able to stand on their own two feet. Yet, astrology expert Inbaal thinks that being a dreamer is not a negative trait:

“Pisces are dreamers and proud of it. They create fantasy worlds as artists, creatives, writers and painters. They love working in the caring industries as nurses, psychotherapists and healers, and even in those careers, their special gift is creating alternate realities for their patients. A pisces will share their optimism and uplift those around them, giving them hope, and therefore strength.”

Myth: Pisces are too naive.

Truth: Pisces are optimistic dreamers and will uplift those around them.